Margaret Stock Is Here to Crash the Party

Growing up in a Big Family

I was born in Boston, Massachusetts, the fourth of nine children, and grew up in the town of Wellesley, where we moved in order to take advantage of the town’s quality schools. Early on, my parents instilled in us the value of hard work and education.

My parents managed to buy a house in Wellesley in need of repair. My father, who came from a Pennsylvania coal mining family and who lost his father to black lung disease, brought his brother Joe out to help fix up the house and make it livable.  We lived there along with my great grandfather, retired US Army Colonel Joseph Spencer Wood, a veteran of the Boxer Rebellion, the Philippine Insurrection, and the First and Second World Wars. My dad and Joe’s most important construction feat was adding a second bathroom to our very crowded house.

Dropping Out of High School

Early in life I learned that bad things can happen to good people. When I was about 6 years old, my father began having heart attacks and was in and out of the hospital as he suffered the side effects of the rheumatic fever he contracted as a child. His heart was gradually failing him.

As a result of his health challenges and an economic recession, my father lost his job.  After that, he struggled to find work and our family had difficulty making ends meet. For some time, we received food stamps and federal surplus food aid, and I still remember the olive-green cans of fruit cocktail and blocks of cheese.

I was 15 years old when my father died, and after his death our family fell apart. I left home and spent several months in a homeless shelter for teenagers.  I also dropped out of high school and was the subject of a legal custody case for the next few years. A foster family took me in; I had met them through the Civil Air Patrol, an activity that provided a source of structure and fun in my teenage years. 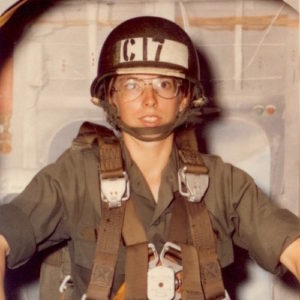 A few good deeds can completely change a person’s life.  My foster mother urged me to talk to my old high school’s guidance counselor about how I might continue my education.  Although her job did not include helping wayward former students, the guidance counselor somehow convinced Boston University to admit me without a high school degree (although I would later be awarded a high school diploma after a year of college). I paid for college through loans and work study, and life took a turn for the better.

At the end of that year, I was commissioned as an Army Reserve officer, taking my oath on the Old North Bridge in Concord, Massachusetts. I transferred to Harvard College while continuing to serve in the Army Reserve.  Shortly after graduating from Harvard in 1985, I volunteered for active military duty in Alaska.

It’s worth noting that the commissioning oath I took is similar to the oath that U.S. senators take—to support and defend the Constitution. The oath is a commitment and an obligation I accepted wholeheartedly as a young person, and that oath still gives me great purpose today. 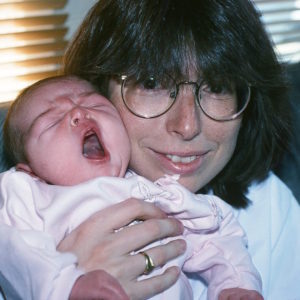 I served on active duty at Fort Richardson, Alaska before the Army released me to attend graduate school.  I returned to Harvard to pursue degrees from the Law School and the Kennedy School of Government, all the while commuting back and forth to Alaska. I was elected the first female editor-in-chief of the Harvard Journal of Law and Public Policy, a libertarian and conservative law journal. I married the love of my life, Neil O’Donnell, in 1992, and our daughter Catherine was born in Anchorage in 1997.

I worked as an attorney in private practice in Anchorage over the following years while continuing my service in the Army Reserve through assignments in Japan, Korea, and around the United States.  I taught constitutional and national security law full time at the United States Military Academy at West Point from 2001 to 2006, all the while commuting to Alaska on vacations and the summer break to be with my family.

I graduated from the Army War College in 2006, and after changing to a part-time Reserve status at the U.S. Military Academy, became the project officer for a Pentagon recruiting program for legal immigrants with critical language and other key skill sets.

Teaching at UAA, Practicing Law and Testifying Before Congress

In 2011 I returned to my private law practice in Alaska, helping individuals and Alaska companies navigate our byzantine immigration system. For several years, I taught government and international relations classes as an adjunct professor at the University of Alaska Anchorage. I’ve also testified before Congress on numerous occasions and have served on various boards and commissions. 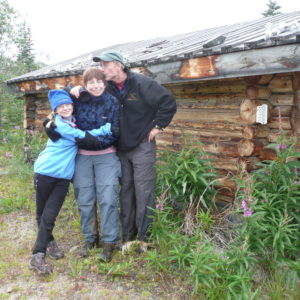 I was honored in 2013 to be named a MacArthur Foundation “genius grant” winner for my work on immigration and national security issues. Although I have my doubts about being a “genius,” I wouldn’t have won the award without identifying and implementing new solutions to important, longstanding problems.  And that’s what we need in Washington: Leaders who are able to develop new, creative, pragmatic solutions to the serious problems facing our country.

It has now been 30 years since I moved to Alaska. My husband Neil and I met in a University of Alaska mountain climbing class in January 1988 on Arkose Ridge in the Talkeetna Mountains. Since then we have hiked, skied, kayaked, backpacked, and explored all across the state, often with our daughter and friends.

Why I’m Running for Senate

I’m running for the U.S. Senate because I’m concerned that the partisan extremism of both major parties has led to a permanent government gridlock that is threatening our democracy and damaging our economy, particularly here in Alaska. Congress’s dysfunction has also caused the Executive Branch to grow more powerful in ways that were not anticipated by our Founders.  Congress must function properly if our government is to work efficiently and cost-effectively for the benefit of Alaskans, but right now, Congress only heeds the call of the special interests that now control Washington. 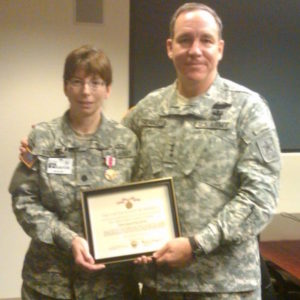 I believe now more than ever that ordinary citizens must step forward to restore the sense of purpose that is contained in the oath I took to serve my country.  Privilege, power, and wealth have cast a long shadow over Congress. The common interest, for which the Constitution was conceived, has taken a back seat to the narrow interests of political parties and those with influence.

I am not a politician. I am an independent problem solver and I have a proven track record.  When elected, I intend to advance reasonable, rational, pragmatic solutions to the challenges facing our country. As an Independent, I will seek out and advocate for the best ideas—regardless of which party they come from—to help solve this nation’s most pressing problems. With Independent leadership, we can again make Washington work for Alaska and our country.