This is for Alaska's future

Washington politicians are failing us. They show more concern for partisanship and special interests than for Alaska or the nation as a whole. As an independent candidate for U.S. Senate, Margaret Stock is guided by the interests of Alaska and the founding principles of our nation — not partisan politics.

This is for Alaska's future

Washington politicians are failing us. They show more concern for partisanship and special interests than for Alaska or the nation as a whole. As an independent candidate for U.S. Senate, Margaret Stock is guided by the interests of Alaska and the founding principles of our nation — not partisan politics.

A retired lieutenant colonel, Margaret Stock is standing for Alaskans on the issues.

She has served her country in the U.S. Army Military Police Corps for 28 years. She is a graduate of the Harvard Law School, the Kennedy School of Government, and the Army War College. The oath she took to protect the Constitution and the nation is the oath she lives by today.

Margaret isn't a politician, and she doesn't represent a party. She is a retired soldier and a 2013 MacArthur Fellowship winner.

She lives in Anchorage with her husband Neil; her daughter Catherine is away at college. In her spare time, she loves to hike and ski in Alaska's mountains and relax at her wilderness cabin. 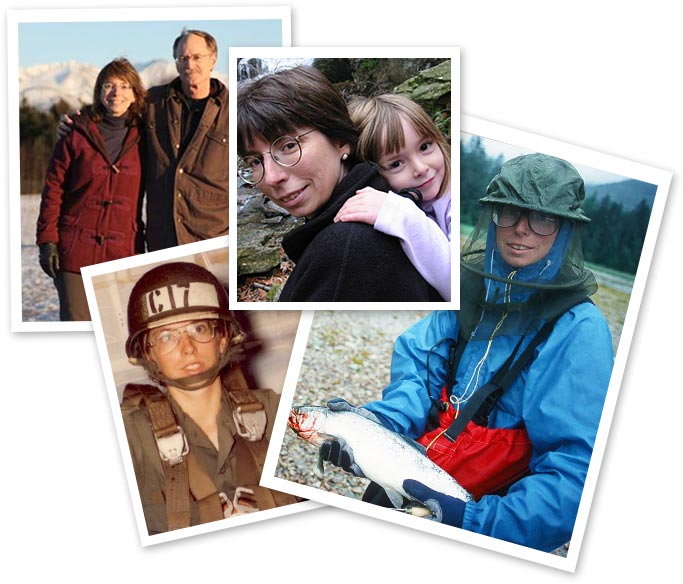 “While on probation, according to court filings, Carnival Corp. and its subsidiary cruise lines have sought to avoid unfavorable findings by preparing ships in advance of court-ordered audits, falsified records, dumped plastic garbage into the ocean and illegally discharged gray water into Glacier Bay National Park in Alaska.”

” . . . Alaska is the fastest-warming state in America, heating up along with the rest of the Arctic at twice the global average rate, according to the Fourth National Climate Assessment. Springtime temperatures are averaging 2 to 5 degrees higher now than 50 years ago, and record highs were set across the state in March.”

•Models are drafted with deceptive titles and descriptions to disguise their true intent. The Asbestos Transparency Act didn’t help people exposed to asbestos. It was written by corporations who wanted to make it harder for victims to recoup money. The “HOPE Act,” introduced in nine states, was written by a conservative advocacy group to make it more difficult for people to get food stamps.

“Angoon now has no regularly scheduled barges to bring in supplies; neither do a half-dozen other villages that Alaska’s ferries serve, according to the Department of Transportation.

Dunleavy, a Republican, rode one of the state ferries from Washington to Ketchikan when he first arrived in the state, in 1983. And he was elected after saying there was “no plan to hack, cut or destroy” Alaska’s ferry system.”

Watch the trailer and then watch the full show tonight, it’s not every week that I get to appear on “Full Frontal with Samantha Bee.” Or throw cheese at a TV host.

“Two were fired by the administration of Gov. Michael Dunleavy after they refused to submit required letters of resignation.”

“This isn’t a short-term shift: Department of Revenue projections indicate the Permanent Fund’s investments will out-earn all other taxes and royalties each year through 2028, the end of the forecast period.”